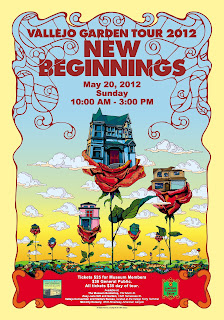 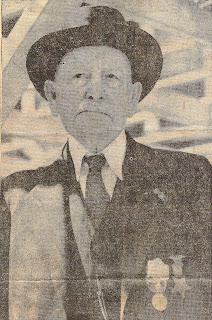 "In fact, it would seem necessary at this time to merely record what everybody must have known at this time; that "Gone With The Wind" is at the Hanlon, on schedule, and will remain for a week, with most of the big crowd that saw it last night already planning to see it again."
Posted by Vallejo Naval and Historical Museum at 5:21 PM No comments: 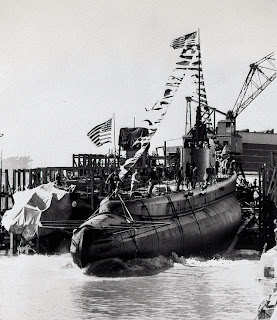 On this date in 1942 the submarine USS Wahoo (SS 238) was launched at Mare Island. Wahoo was the first sub launched at the Shipyard following the attack on Pearl Harbor. The Vallejo Times-Herald reported on the launching:

“Nor did the sturdy Wahoo’s ‘firsts’ escape the notice of Rear Admiral W. L. Friedell, commandant, who told assembled guests and workmen during the launch-ing ceremonies: ‘With so many firsts to her credit, we may rest assured that Wahoo’s officers and men will see to it that she is first in the performance of her missions and first in her credits for enemy craft.’

“It was another perfect launching for Mare Island. One second, gay flags flying over her decks, the Wahoo was poised high on the ways beside her sister ship, the Whale… another second and beautifully, down sailed Wahoo to the waters of Mare Island channel.”

Posted by Vallejo Naval and Historical Museum at 5:20 PM No comments: