A local landmark for many years, the Barrel Club was established in 1938 on old Highway 40 (now Interstate 80) near Benicia Road. The popular restaurant and nightspot brought in top name entertainers from across the country. The distinctive barrel design was a familiar feature that welcomed many visitors to Vallejo, particularly during WWII. The Barrel Club was operated by the Curtola family until it was torn down in 1964.
Posted by Vallejo Naval and Historical Museum at 3:37 PM 5 comments: 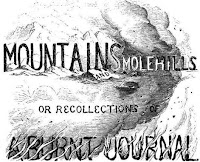 Some of Vallejo’s earliest structures were made of corrugated iron imported from Liverpool, England. Corrugated metal was a cheap and versatile building material. It was easy to transport by ship and could be adapted to a variety of sites and building needs. In his book "Mountains and Molehills" author Frank Marryat describes how these buildings came to be erected in Vallejo in the early 1850s:

“About this time a store-ship, laden with iron houses... sunk at her moorings during a heavy gale. When raised she was so full of mud, clay, and small crabs, that there was no possibility of rendering her cargo fit for sale at San Francisco. The bright idea occurred to me of landing these muddy materials at Vallejo, and, after allowing the tide to clean them, to convert them to some use in assisting to erect this capital that was to be “made to order.”

“Landing my cargo on Vallejo beach at low water mark... I ordered the tide to complete the very dirty work I had set before it, which it did, and, to finish the story here, in the course of six months I erected a very handsome hotel out of the materials. I felt rather pleased when it was finished, and painted, and handsomely furnished, to think what a butterfly I had turned out of the very dirty grub I had found in the hold of the old hulk."
Posted by Vallejo Naval and Historical Museum at 7:38 PM 1 comment: