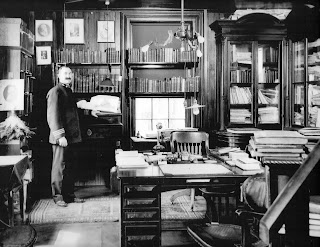 For many years Mare Island’s time station signaled the exact instant of noon each day by dropping a time ball from a tower on the observatory hill. Navigators in the channel used this signal to check the accuracy of their chronometers. Later, this synchronization was set by radio signal from Washington, D.C. rendering Mare Island’s time station obsolete. The observatory was torn down in the 1930s.
Posted by Vallejo Naval and Historical Museum at 8:33 PM No comments: