Bear in Mind: The Story of the California Grizzly

Although now extinct in this state, the grizzly bear has long been a central character in California’s history. Illuminating the story of the grizzly is our newest exhibition “Bear In Mind: The Story of the California Grizzly” which runs at the Vallejo Naval and Historical Museum through September 24.
Over the centuries, the relationship that Californians have had with the grizzly bear has been one of dualities – expressed in both fear and fascination. The California grizzly possessed characteristics that we hold dear: independence, adaptability, resourcefulness, intelligence, and strong maternal care. Yet human interaction with the bears was often misguided, intolerant, and violent.
Scientists estimate that 10,000 grizzlies once lived in California, perhaps the densest population of brown bears on  the continent. However, through increased human settlement, loss of habitat, and hunting, by the early 1900s the California grizzly had vanished and could only be seen on the state flag. Although the loss of the California grizzly was a tragic lesson, we are not too late to save other threatened and endangered species. 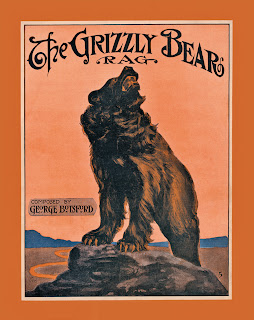 Today, California grizzly bears only exist in our imaginations as symbols of things desired and things lost.  Since the mid-1800s, the grizzly has been used as an icon, advertiser, and entertainer, making the image of the bear a familiar one to most people. Little physical evidence remains of the grizzly bears that once roamed California. It is through stories, artifacts, striking images, and hands-on activities that the “Bear In Mind” exhibition provides an in-depth look at the history and science of California’s most revered and feared animal.
The “Bear In Mind: The Story of the California Grizzly” exhibition is based on the Heyday Books publication,  Bear in Mind: The California Grizzly by Susan Snyder, as well as The Bancroft Library exhibition of the same name. “Bear In Mind: The Story of the California Grizzly” is produced and toured by Exhibit Envoy (formerly known as   the California Exhibition Resources Alliance). Don’t miss this fascinating new exhibit.
Posted by Vallejo Naval and Historical Museum at 1:55 PM No comments: 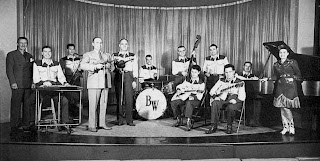 On this day in 1945 Western Swing great Bob Wills, accompanied by his Texas Playboys, played two shows in Vallejo. During the afternoon the band played for more than 15,000 people at a huge Oklahoma-Texas-Arkansas picnic at Blue Rock Springs park. Many of the southwestern transplants attending the picnic had come to Vallejo at the outset of World War Two to work at the Mare Island Shipyard. The Texas Playboys performed a second show that evening at the Casino Ballroom in Vallejo.