April 2017 marks the 100th anniversary of the United States’ entry into WWI – the “war to end all wars.” To commemorate this historic centennial, the Vallejo Naval and Historical Museum recently opened a new exhibit called “Over There/Over Here” which runs through August 26, 2017. Following are a few of the interesting local stories featured in the exhibit:
“Thirty Days or Bust!” 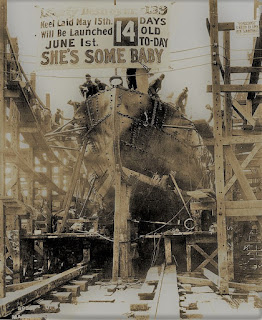 In 1918, in order to prove that they were the fastest, most efficient, and most patriotic workers at any U.S. shipyard, Mare Island “yardbirds” set a goal to build and launch the destroyer USS Ward in only 30 days. A banner on the Building Ways proclaimed “30 Days or Bust!” It was a seemingly impossible task, yet crews worked round-the-clock and were able to build the ship in a record-setting 17 ½ days. Original ceremonial rivet hammers, photo- graphs, and a scale model of USS Ward are included in the exhibit.

The wartime draft did not discriminate among the races, although African Americans still served in segregated units. Many of those units gained fame on   the battlefields of Europe and were lauded for their bravery and decisive military action.

On October 29, 1917, the Vallejo Evening Chronicle reported the following:


9 SOLANO COLORED DRAFT MEN - ALL FROM VALLEJO; Leave Fairfield For American Lake in the Charge of Calley Oliver; Addresses Made Before Detachment Entrains For Trip North. 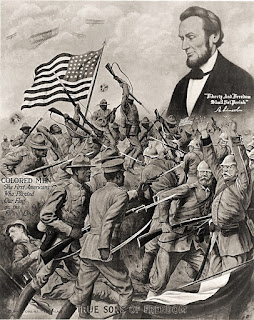 “Nine men from Vallejo comprised Solano's full quota of colored soldiers of liberty and they left here this morning on the first leg of their journey to American  Lake in the charge of Calley Oliver.


“Fairfield, Suisun and adjoining places turned out to give the boys a send-off and there were patriotic addresses by Judge W.T. O'Donnell, Rev. John Barrett of Vallejo, County Recorder F. M. Dickey, F.F. Marshall of the County Exemption Board and L.J. Williams, the latter a colored man from Vallejo, who spoke on behalf of men entraining, making an unusually fine address.

The Solano County Last Man’s Club was organized on November 20, 1937. The Club was made up of Solano County veterans of WWI. The club met regularly to commemorate and honor those who had served in the War.


A bottle of vintage Champagne was at the heart of the club’s existence. As club members grew older and eventually passed away, the club grew smaller, until eventually it would be made up of “the Last Man.” That veteran would then have the honor of finally opening the bottle and drinking a toast to the comrades who had preceded him. 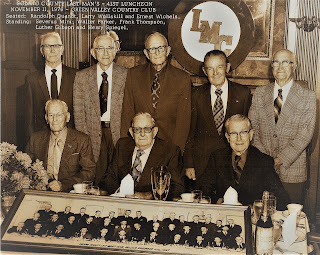 The tradition of the Last Man’s Club was not limited to Solano County. Such clubs have existed in many countries and among veterans of many different wars.


On November 11, 1977, with only eight members remaining, the club decided to cease holding regular meetings due to age and ill health. The club also voted to present its records, photographs, and the Champagne bottle to the Museum. The bottle, photos, and original club roster book are featured in the exhibit.

Posted by Vallejo Naval and Historical Museum at 10:28 PM 1 comment: